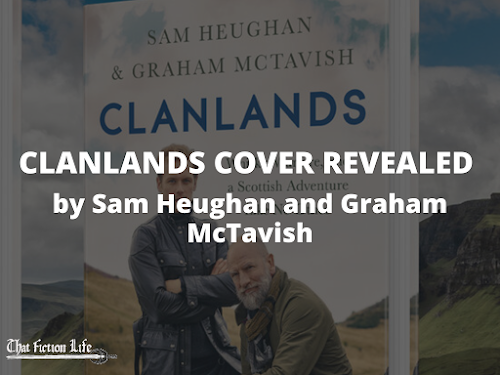 If you're a fan of the Outlander TV series, stay tuned because two of the stars have teamed up to create the perfect companion book all about Scotland. Sam Heughan and Graham McTavish, who play Jamie Fraser and Dougal Mackenzie respectively, are set to release Clandlands on November 3rd. It is a documentation of their road trip as they pass Glencoe, Inverness and the Culloden battlefield, all pivotal locations for their characters on the highly successful time travel drama. With the publication day imminent, the authors have released the official covers for the US and UK markets. 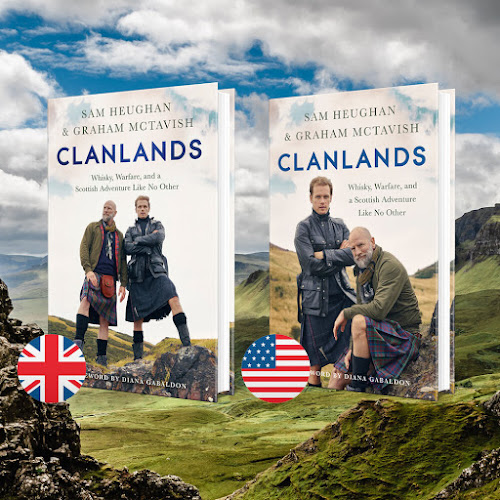 With a foreword written by Diana Gabaldon, Clanlands will include an array of maps, lists and photos full of information centred around the historic country, that inspired the setting of Outlander. The series is amongst one of the most visually beautiful ever made and diving into the places in detail will be the ideal treat to tide us over until the release of Season 6. The book looks to be a very heartwarming account full of personal stories and even some hilariously dangerous situations that the two actors have hinted at during their live streams and announcement video. It will also cover the history of Scotland, its clans, poetry, music and more.

The book is up for pre-order at Waterstones, Book Depository and Amazon now.

Another venture from the duo that we have to look forward to is a documentary series, Men in Kilts, coming soon to STARZ. It is set to give viewers a glimpse into their Scottish heritage through meeting the locals as well as experts and artisans. The series will consist of 8 episodes. Check out the trailer below!