Love Knives Out? Check out The Inheritance Games 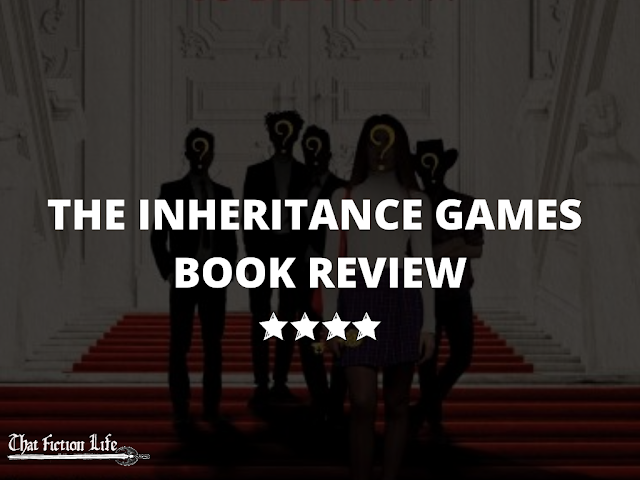 Charm and excitement can often be found in mysteries skewed toward a younger audience. While the dark themes do still occur, the characters show a certain hopeful attitude and stubbornness to be included in what usually is an adults world. Jennifer Lynn Barnes is the latest author to tackle the evergrowing genre but she takes it one step further by adding the epic component of puzzles to her latest book The Inheritcane Games. The novel follows Avery who is an ordinary teenager living with her sister, whose presence is suddenly requested at the will reading of a prominent businessman. To her shock, she is named as a key beneficiary of his estate, much to the dismay to the now disinherited family. The plot takes many unexpected turns as Avery and the late billionaire's grandsons start to investigate and uncover a series of puzzles that were left by their grandfather.

This book felt like it was written for the YA audience. The intended age gap for young adult books is 13-18 yet we've seen substantial growth in books being aimed for the adults that read YA. This is why new adult needs to become a more widely recognised genre to fully distinguish between teen books and those with more mature themes. You truly felt from Avery that she's just a teenager that has had her whole life turned upside down and that alongside the very pressing issue of learning why she has become a billionaire overnight, she does struggle with fitting in, which is very relatable. The darker truths around inheriting such a huge fortune boded well with such a story as initially, it looks like a lucky draw to be found in this position. On the contrary, the new security measures and expectations required as Avery becomes a target were her new normal.

It's not the smoothest of narratives, especially when it comes to the romance as the supposed love triangle didn't have enough of a presence for the reader to feel invested in the dynamics. This is only book one in the series so I am confident future instalments will utilise Barnes' stellar ability to develop the relationships. The romance in The Naturals is a huge testament to just how well the author can write heart-wrenching scenes that are full of passion and heart.

The Hawthrone mansion was a whole other character in the story, the vivid locations, multiple libraries and hidden passageways, painted a striking picture and it's very easy to immerse yourself in this chaotic world. I revelled in discovering the estate along with Avery as just like the reader this is a wholly new experience. The mystery surrounding all of the characters was a huge asset as you never truly know any of their intentions. Similar to the hit Knives Out, they're only seemingly playing nice to find themselves in Avery's good book as she's the one now holding the purse strings.

As a final note, I would absolutely die for Grayson Hawthrone.