A Song of Wraiths and Ruin transcends the YA Fantasy genre 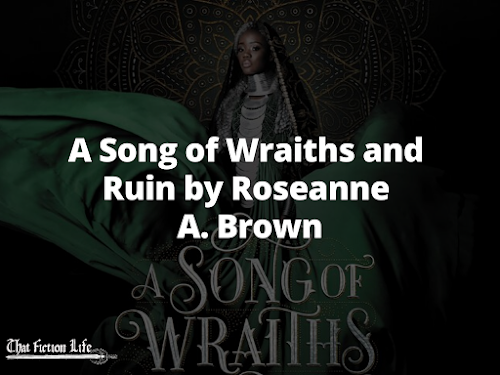 Enemies to lovers. The trope that has been written to absolute death, every scenario played out with the same expected outcome. Enter Roseanne A. Brown with her fantasy story, A Song of Wraiths and Ruin, which revolts against all predictability. Inspired by West African folklore, we follow two protagonists who are both plotting to murder the other, Malik, a refugee who makes a deal with a vengeful spirit and Princess Karina who needs a human heart after she becomes wrapped up in necromancy. All this is occurring on the backdrop of the Solstasia festival, which occurs every 50 years to determine which god is to look over the next era in Zuran. While Roseanne is a remarkable creator of worlds, the characters are the standout element of the novel. Their experiences while in a fantasy setting, feel very relatable and thought-provoking especially considering struggles with mental health and the way their behaviour challenges traditional gender norms. Karina particularly emerged as one of the best ever written characters as her candid and stubborn nature made her a very empowering character. Despite being shut down for her ideas and plans by those who believe they know better does not halt her fight in proving her worth. This grants the reader with a sense of purpose that you're battling alongside her.

The plot itself is amongst one of the most unpredictable that I have had the pleasure to read, from vengeance and betrayals running rampant throughout the story to the intense interactions being the protagonists. Never have plot twists taken me by surprise to this extent and for the majority of the book, it looks as though it is heading in a very obvious direction. The inventive and dark turn of events, however, threw me completely and I developed trust issues. Thank you, Roseanne.

This dramatic and embattled fantasy has truly shaken up the YA genre with a unique magical series that is incomparable.

For a full booktalk, check out my plot analysis below!