Quite often vampire fiction falls to a very repetitive story following a forbidden romance between a human and a vampire and rarely does this type of plot provide readers with mindblowing plot twists and intrigue. That is not a negative thing because I for one, lived off of those types of stories in my teens however the trope has been written to absolute death. Enter Renée Ahdieh with her vampire story, The Beautiful, which seems to repel genre tropes.

Set in the 1870's New Orleans, the atmospheric and gothic tale follows Celine who was forced to escape her life in Paris. She becomes entangled with a dangerous group called the Court of Lions upon her arrival to the city, while a serial killer is terrorising the city. This is a very unexpected tale and you are led astray many times, believing that it is heading a very stereotypical direction yet all your theories are drowned in a well because Renée Ahdieh doesn't understand the word 'cliché'. 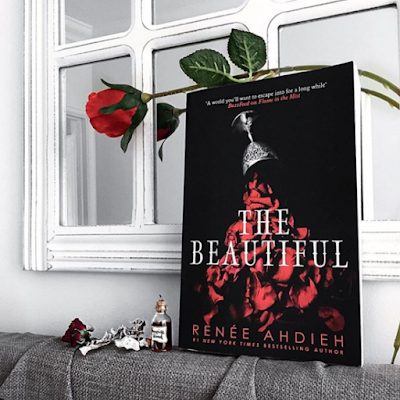 The main issue that readers had with The Beautiful is that there were not enough vampires present but to me, that was a conscious decision from the author. At its core, the book is a mystery and you're seeing the world through the eyes of a girl that has a whole new city to explore. The reader is not let in on any extra information from the protagonist other than the creepy and eerie thoughts from the killer scattered through the book. Just like Celine, we don't know about their existence as much as perhaps in books that are very world-building heavy to the point that it's unrealistic for the characters to be explaining it all.

Book two, The Damned, does however appear to address this and due to the multiple points of view, we hear from those who live as vampires and therefore are an authority on describing their history. The folklore is so profoundly weaved through the book that I revelled in hearing about the myths and magical system.

Warning: The rest of this article contains spoilers for The Beautiful.

I can't be the only one that rolled my eyes at the memory wipe cliffhanger in the Beautiful. This plot device never surprises me as realistically the protagonist will run around for 200 pages claiming they have 'a feeling' something isn't right. By turning the focus of the book to Bastien while Celine gets on with her life in the background, that predictability is taken away. It was very apparent that despite this book having multiple points of view, the purpose of the story is to explore Bastien's life as an immortal.

It's a slow burn book which I personally enjoyed as its nice to spend time with characters in such an atmospheric setting and see them simply live as opposed to always passing tragedy and problems. In many ways, the start of this book is setting the scene and allowing us to see this world through the eyes of a vampire as opposed to a human, as we saw in book one.

The plot overall, however, is very scattered which made the novel a little inconsistent. Too much is taken on in a single book as while the expansion of the world is exciting, I wish it kept one constant plot. The first book set the scene for a Werewolf vs Vampire Kingdom war and the multiple unrelated threads that begin really distract the reading experience as we are constantly buried in more secrets and revelations.

The supporting cast is the highlight of The Damned as I felt a much stronger connection to them all. Jae particularly having his own arc strengthened the novel as learning about his history expanded this world further and paved the way for deep character development. Bastien and Celine themselves had a whirlwind journey, spending time apart gave us the chance to see their personal growth and how they are adapting to both of their new lives without sacrificing the angsty tension between them that we love. Renee Ahdieh is a master at the subtle one-liners that set you on fire with the simplest of exchanges.
While I was a little confounded through the middle of the book due to the sheer amount of new information being thrown to us, the ending was perfection. It was an emotional and intense shot of adrenaline. Your tear ducks may break. Be warned.
While it is not confirmed whether there are more upcoming books in this series, there is a lot of scope to expand this world even further and I look forward to hopefully seeing what the future holds for our characters. 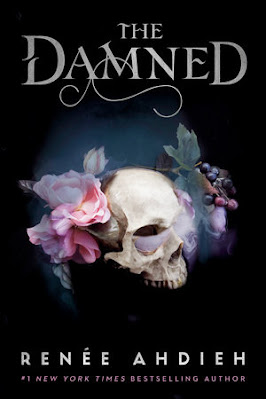