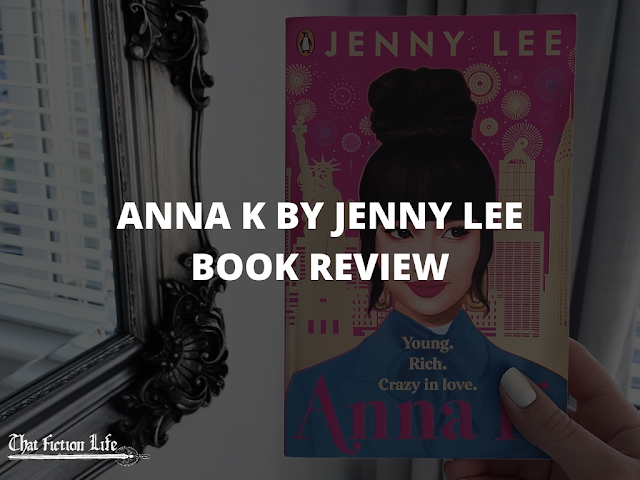 Anna K is at the top of Manhattan and Greenwich society, she has a perfect life and the ideal boyfriend, Alexander W. As her friends struggle with the pitfalls of ordinary teenage life, Anna always seems to be able to sail gracefully above it all. That is…until the night she meets Alexia “Count” Vronsky at Grand Central. A notorious playboy who has bounced around boarding schools and who lives for his own pleasure, Alexia is everything Anna is not.

I am always fascinated by high society and this Anna Karenina retelling set in New York following the Upper East Side was an entertaining take on the original. The book begins with an array of characters navigating their love lives and parental relationships as well as dealing with key issues such as mental health, drug use and the ramifications of cheating. It's a scandal after scandal in this book where the plot escalated to lengths I never expected it to. Trust me you are not ready for the feelings this story will invoke.

The reimagining of the classic pulls enough from the core material as to not appear too predictable, often including a surprising twist and with the book set in a completely different culture, it becomes unique with its own voice. Anna as a protagonist particularly stood out, her staggering emotions and conflicting thoughts were engaging to read and it's a real downside for me that the entire story wasn't from her perspective. The situation within her immediate family is certainly enough to fill out the plot, without adding an ensemble cast whose points of view I found lacklustre compared to Anna's. I enjoyed seeing her constant battle over choosing the family image over her own emotions, it really made you connect with her struggles as despite her being a very privileged teenager, her issues were very mundane and relatable to all.

I had a real issue with the writing style, which was the main culprit for the slow speed at which I finished the book. It read like a transcript of events with not enough dialogue to become overly embedded in the story. It is as though there is a focus on telling us about the results of incidents rather than allowing the audience to experience them, which is surprising given Jenny Lee's background in scriptwriting. The dialogue was sassy and witty; it's a shame there wasn't more of it.

On a positive note, the diversity in this book is commendable, there is a great representation of different cultures and I adored learning about traditions that Anna's family have and how her upbringing influences her decisions. No doubt I would've given this a much higher rating, had the whole story been from Anna's perspective because she was a brilliant lead. I want her to be my best friend forever.
We have to discuss the flamboyant lives of these characters because there's something so enchanting about reading about a society that essentially lives in their own bubble, it is almost fantastical. The elaborate parties, the scandals mixed in with privilege is the perfect escapism for a few hours. In a true YA fashion, you can also expect to emotionally die from the angst between all the characters

Overall, while Anna K by Jenny Lee does have it's ups and downs, I was very invested in this story and I can't wait to read more of her work. 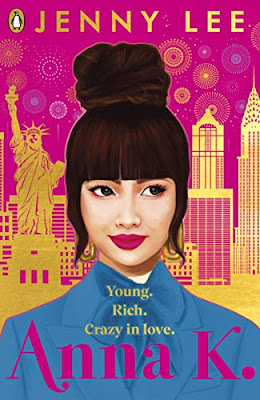