Habits of a London Writer by Jeremy DeCoursey 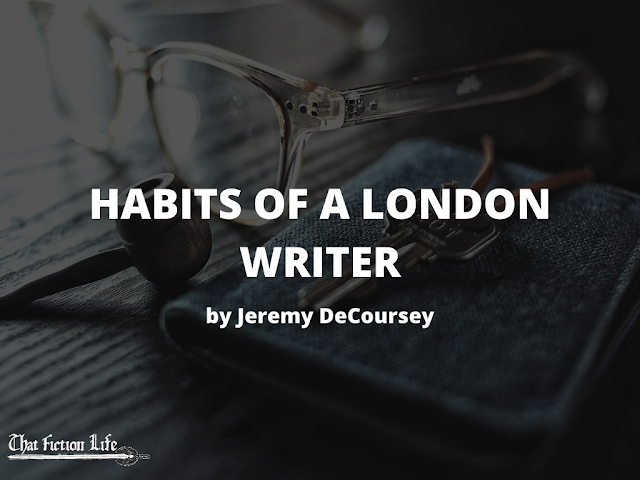 Today I am pleased to welcome Jeremy DeCoursey, author of I have a Hunch to That Fiction Life. His debut book follows Alice, who is tasked with solving a murder mystery with her Uncle Humphrey, a world-famous detective in London. I can't wait to get reading because everyone knows that murder mysteries set in London are amongst my favourite books (Sherlock anyone?) and being able to find real-life locations from fiction is a huge pastime of mine. Jeremy is a master at knowing London inside out from his day-job as a Location Manager so you can believe the story is filled with fleshing out the best parts of the city. Keep on reading to learn all about his writing process! 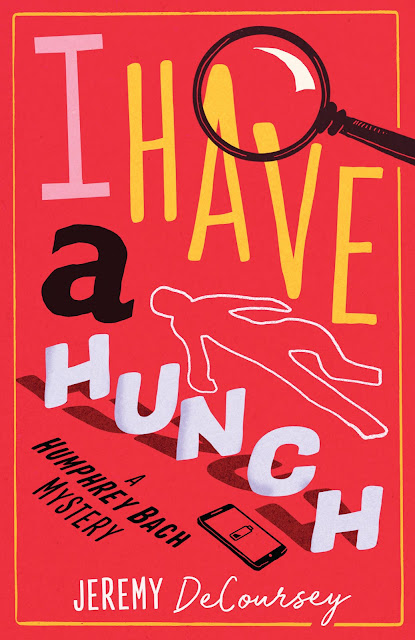 A huge perk of being a Location Manager is that I get to travel around the UK scouting and filming locations. Although, because of this I don’t get a huge amount of time to read. To make up for this however I tend to listen to a lot of audiobooks - they’re very handy when you’re stuck in traffic! I’ve loved audiobooks ever since I listened to Stephen Fry narrate Harry Potter and the Philosopher’s Stone. My brother and I would often go to the local library and see what they had available and play them before bed.

Finding a place to write is a lot harder. I wish I could say that I found time during a quiet five minutes while on set, but those moments don’t exist in the film industry. So my weekends and time off are filled with as much writing as possible. I often go into the quieter coffee shops in Ealing, and disappear into the corner to get a sentence or two down. Headphones in; movie soundtracks on (normally a mixture of John Williams, Howard Shore and Ramin Djawadi). Some days were more successful than others. I’ve tried writing at home, but unfortunately, I have a cat named Artemis (named after Artemis Fowl), who seems to like my laptop’s keyboard. 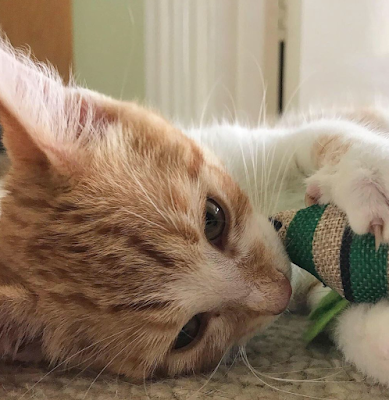 Editing the novel was a lot easier. I found myself making hundreds of changes to I Have a Hunch on my iPad riding the Tube, onboard a plane to San Francisco, and in the motorway services on the M4. Using the iPad was a great way to go through the novel line by line and cross out anything which didn’t quite work or didn’t make any sense. What I liked about it is that I could link moments together so if I had to mention a clue in a previous chapter I could easily remember why.

Where I found inspiration

Although I haven’t written at any of the places which Alice and Humphrey visit in I Have A Hunch, I do distinctly remember writing down notes while I was visiting some of the houses which have inspired the novel. When I was at Hatfield House for the reshoots of All The Money In the World, I was inspired to add the additional wing to the Verba Tymm House. I always find it funny where inspiration can hit and add a whole new dynamic to the novel. I have a notebook that was supposed to have work notes in, instead filled with scribbled floor plans and ideas.

My 3 favourite places in London

1) Without a shadow of a doubt, the top of my list is the Natural History Museum. We were lucky enough to film here during the first Paddington Bear movie. We set up once it had closed to the public and filmed throughout the night. It’s a maze of wonders, and, of course, one of my favourite galleries is the dinosaur one. I would love to have written a scene that took place in the Natural History Museum, but unfortunately the story didn’t call for it. However, the finale of I Have A Hunch was inspired by Paddington which had its finale on the roof of the building. I’m sure if you watch the film and then read the book you would spot some similarities!

2) One of my favourite bookshops in London is Foyles on Charing Cross Road. This mammoth store seems to have every book under the sun. This is a place I come to whenever I’m looking for inspiration for a birthday present for someone, they always have displays on great books, and often ones I wouldn’t naturally be drawn to. Incidentally, the coffee shop on the fifth floor tends to be a regular meeting place for me. In fact, I met with the amazing designer, Liam Relph to discuss the cover design of I Have a Hunch. It felt like a really apt place to meet to draw up ideas together, surrounded by unknowns and best-sellers alike.


3) Finally, I’m a great fan of the British Library. The first time I went was during the Harry Potter exhibition, I don’t know why I waited for so long! I don’t have a pass yet, but just seeing original copies of the Magna Carta, Beowulf and Leonardo da Vinci’s notebooks is pretty awesome. I also really like the Sound Archive, listening to old, scratchy recordings from the first broadcasts ever made is astonishing. These recordings (now digitised) can probably be heard online but there is something special about hearing them in a library crammed with knowledge and human achievement.
_______________________________________

Jeremy DeCoursey grew up in Weston-super- Mare. He graduated with a Triple Distinction BTEC in Film Production, before moving to London to work in the film industry. As a Location Manager, he has worked on BBC's Sherlock, Star Wars: Rogue One, Paddington, and Tinker Tailor Soldier Spy, to name a few! Besides reading and writing, Jeremy enjoys watching films, seeing musicals and travelling to far-flung places. He lives in London and has a kitten named Artemis. I Have a Hunch is Jeremy’s first novel for teenagers.  I Have a Hunch is available now in paperback and e-book. 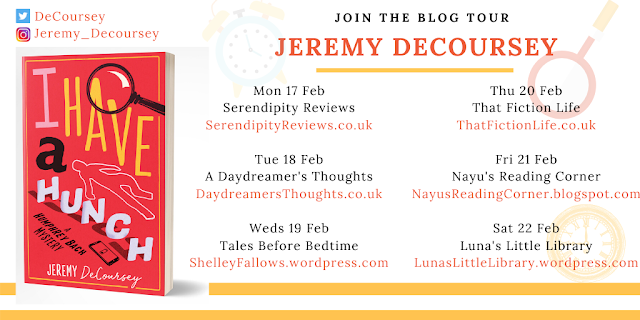