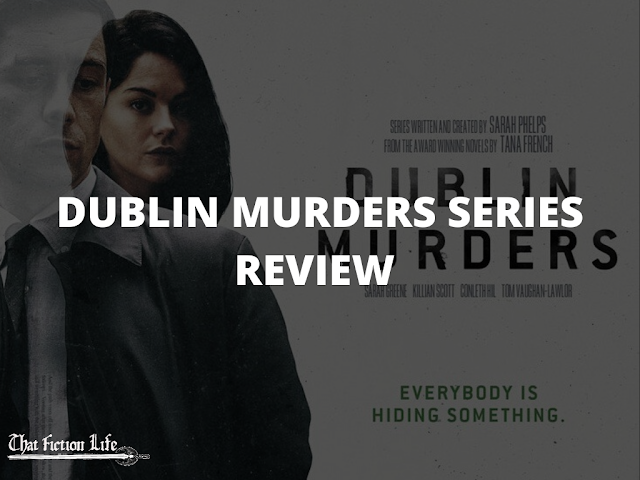 As far as thrillers go, rarely does one dig its claws into my mind quite like Dublin Murders. With an abundance of series' in the crime drama genre, it is becoming increasingly difficult to surprise an audience given that viewers have become very attuned as to how to piece clues together. This series sneaked up on me so much so that I think I went into a trance.

Based on the Into the Woods and The Likeness novels by Tana French and set in 2006 Ireland, two detectives are investing the murder of a girl in the outskirts of Dublin. Hauntingly, the same location is notorious for a number of unsolved crimes that took place in 1985 where three children entered the woods but only one returned. Which begs the question, are these events interlinked? Weaved in are personal stories from the characters as the town's secrets begin to unravel.

The characterisation was key to the success of executing this plotline. Morally grey characters and intricate backstories in their relationships ensured we were sufficiently distracted to any clues placed regarding the core murder. Killian Scott and Sarah Greene had intense chemistry, their partnership was ideal in carrying the show through its 8 episode run and it was great to see Scott lead a police procedural after his supporting role in Strike, also as a detective.

An underdog of the series was Tom Vaughan-Lawlor. Upon first encountering his character Frank I didn't anticipate him changing the dynamic of the show so drastically, as a rather impudent character, Frank brings an almost dangerous attitude towards his work and often operating in the grey. You can expect lots of questionable undercover work to pique your interest.

While some episodes required forcing your attention to truly focus as the twists slowed down, it was all worth it for that finale. As secrets become unravelled, landing our characters in quite deep water, my imagination was running rampant. It is so satisfying to feel as though there is true pay-off from a twist. The setting of Dublin adds to the fantasy as being able to experience a police procedural though a different culture to the usual London set was a treat.

Creepy towns with a history are always bound to be entertaining but they require unique depth to stray from other productions in the genre and Dublin Murders is sure to keep you addicted to the very end with its constant intrigue with plenty of stones left unturned for a possible sequel.

I am now quite desperate to pick up the novels, so props to Sarah Phelps for creating an adaptation that can stand on its own yet is bound to attract readers to the books the show is based on.