Q and A with Fantasy Author Jen Williams | Blog Tour 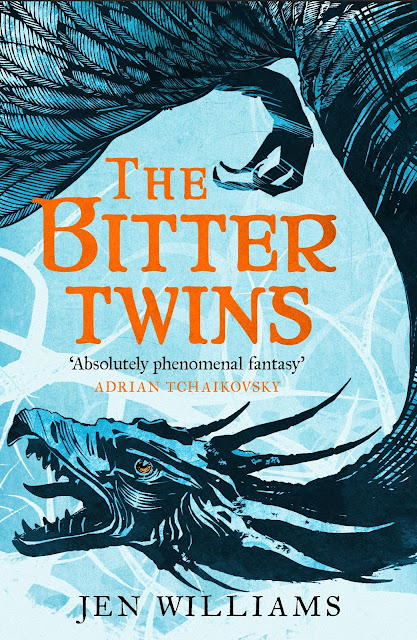 Welcome to my stop on the Bitter Twins Blog Tour. I am thrilled to introduce Jen Williams, author of the Winnowing Flame trilogy to you all today, she has truly given a brilliant insight into her writing through her answers as we constructed a Q and A to celebrate the release of her new book.

Rest assured everything is spoiler free so feel free to indulge in learning some secrets about the series even if you have not yet read it. The Bitter Twins is a highly anticipated sequel to the Ninth Rain and continues the journey of the characters from book one to even more dangerous locations. In the interest of those that have no clue about this series (who are you and why not!) the Ninth Rain follows a group of unlikely allies (more precisely an explorer, a mercenary and a witch) as they hunt down a rare artifact while simultaneously being sucked into conspiracies and war. The story is told by the perspective of multiple characters as they live out a story full of ancient treasures, archaeology and yes they even ride bats.

1. What can we expect from the Bitter Twins, any scenes you’re looking forward to the readers experiencing?

The Ninth Rain ended on something of a cliffhanger, and now our heroes (for want of a better word) are having to deal with the fallout. There are a lot of unusual new characters to introduce to readers, and I’m excited to see how people take to them. The Bitter Twins also contains two of the most complicated action sequences I’ve ever written, and I’m hoping readers will enjoy those, at least partly because I tend to sweat blood over writing battle sequences.

2. Have any real life places inspired locations in the book?

Way back before The Ninth Rain was anything other than a vague set of ideas, I happened to be reading a book on ancient China. In it, the writer described an ancient city that had once been the most extraordinary city in the world, but had been abandoned as invaders made their way across the country. The image of this incredible place, completely empty and given over to wolves, stayed with me, and eventually became the seed of what was to become Ebora.

3. How has writing this series differed to your other works? Has your process changed over the years?

The Winnowing Flame trilogy is different to my previous series, the Copper Cat books, in that it’s a bit more sprawling, with the story taking place over the course of three books (in the Copper Cat, each novel was much more of a standalone adventure). The stakes are higher, and it fits more easily under the banner of ‘epic fantasy’ – although there are elements to it that have caused some readers to suggest that the Winnowing Flame is a kind of fantasy/science-fiction mash-up. I couldn’t possibly comment.

I think my process almost changes with every book… You have to go with what works at the time, and with this series it has felt quite natural to use spreadsheets and notes to keep track of what’s going on. I generally do a rough plan before I start and then fully expect to throw that plan out the window at around the 60,000 word mark – for me, if the book is growing organically by itself, that means something is working.

4. Do you share personality traits with any of the protagonists?

There’s a question! I would hope I am as charming and as knowledgeable as Vintage, but I suspect the truth is that I am more like Noon than anyone else: grumpy, sweary, and not adverse to setting things on fire.

5. Which character was the most difficult to develop?

Aldasair was probably the most unexpected. He started out as someone in the empty Eboran palace for Hestillion to talk to, and a handy way of demonstrating what hundreds of years of solitude can do to you, but as The Ninth Rain progressed he became more complicated and interesting, until The Bitter Twins, where he now has quite a significant role.

6. What originally drew you to writing fantasy?

I’ve always wanted to be transported to different worlds with the books that I read, and fantasy does that better than any other genre.

7. How do you think your characters would cope with being transported to our modern world and vice-versa, how would you fare in Ebora?

I imagine Vintage would be over the moon, with a whole new world to explore, plus she would LOVE the internet. Tor would be very keen on London with its variety of pubs and clubs, whereas I think Noon would find it all a bit too much – too many people, for a start. As for me, if I were suddenly dumped down in the middle of Sarn, I think it would depend on where I ended up… If I arrived behind the walls of one of the fortified towns or cities, I reckon I would be okay. If I woke up in the Wild, I’d be dead in five minutes.

8. Since the books features many animals and creatures, what is your favourite? (Doesn't have to be from the series!)

9. Finally, if you could choose a character from another series (yours or another authors - feel free to steal!) to join the cast of the Bitter Twins, who would you choose?

I would absolutely steal Tyrion Lannister from A Song of Ice and Fire. Not for any particularly astounding story reasons, but I think he would have a high old time drinking with Vintage – two very clever people with a great appreciation for wine.

Thank you Jen for such an entertaining interview! Make sure to check out The Ninth Rain and The Bitter Twins using the links below! 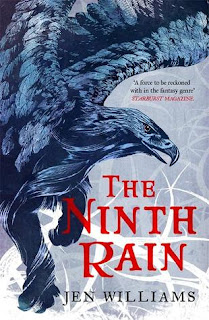 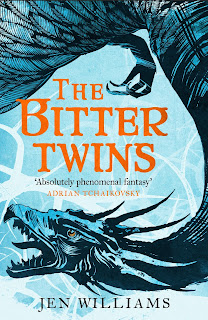 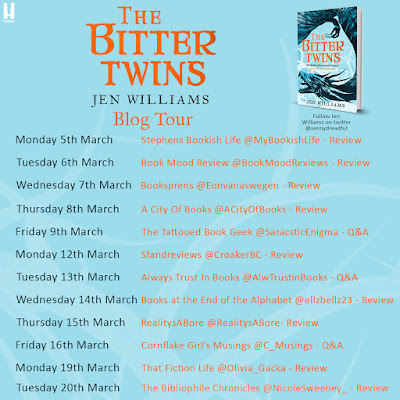