Not If I Save You First by Ally Carter | ARC Review 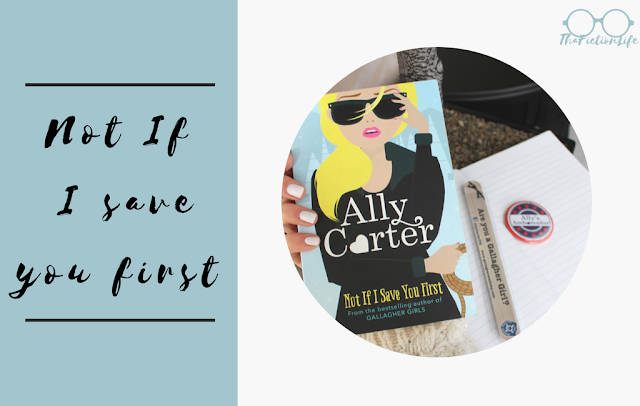 On the backdrop of an icy Alaskan setting, Not If I Save You First follows Maddy who has lived isolated in a safe house for 6 years after her Secret Service father ships them off after an assassination attempt on the First Family. Now the President's son, Logan, who happens to be her best friend shows up after she has vowed to hate him for his supposed abandonment of their friendship. Before they have a chance to make amends an assassin shows up and sets the plot on a dangerous path of kidnappings, survival and broken promises.

It is always hard to not hype yourself up for one of your most wanted books ever to come out, yet it is safe to say my anticipation was justified. Written in a true Ally Carter fashion, her patented brand of espionage and resourceful teenagers kicks some serious ass. This is a very different novel from the author, taking place within hours as apposed to months as is the case in her previous works, meaning it was very faced paced; the pages downright turned themselves.

The characterisation is what made the story for me and Ally's dialogue writing skills continue to invest you in the cast and their back stories, which she manages to give us a glimpse into despite this being a standalone. Maddy and Logan are ideal protagonists to carry the plot, as their strained friendship is challenged against the more pressing issue of surviving in the wild in taxing temperatures, some scenes were truly chilling...no pun intended. The characters are also prone to give very witty and smart remarks, which is a thrill to follow along.

Now if you have read Ally's other works, this is a goldmine! The easter eggs relating in particular to the Gallagher Girls series had me reliving so much nostalgia. Logan could've gone to the Blackthrone Institute you say?! Also can we appreciate what an epic spy Maddy would make. If she ever bores of being the only girl for 20 miles in Alaska I strongly suggest a transfer to the Gallagher Academy. Just saying.

What most enthralled me about this novel is its challenges of gender stereotypes. Rather that portraying a thriller where the innocent female character is expected to be saved by the male protagonist, we are presented with a strong independent individual, who is able to stand on her own. To make this a further empowering read Maddy proves that in order to be a warrior, there is no expectation to lose your femininity when fighting the bad guys. Carter’s writing prose allows for a tense read with much comedic relief while portraying an important message.