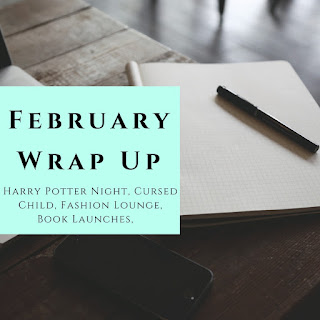 The first of February was most likely flagged on every Potterhead's calendar, it is Harry Potter Book Night and this year’s theme was Fantastic Beasts. Waterstones Piccadilly thereby hosted an evening with Jim Kay and Olivia Lomenech Gill, the illustrators of the Harry Potter books, for the original series and the Fantastic Beasts textbook. While I am somewhat of a pro (maybe even addict?) of author events, this was my first time delving into the world of art and listening to a talk focusing on drawing/painting rather than writing. If you have seen my Get To Know Me video where I revealed one of my paintings, you'll know that I maintain painting as a hobby so it was second to none to gain insights into the processes the illustrators use. It was surprising just how much the talk focused on art and how influenced by still life the artists were. Exclusive fact, the Weasley family illustrations are actually based on Rupert Grint's real family. 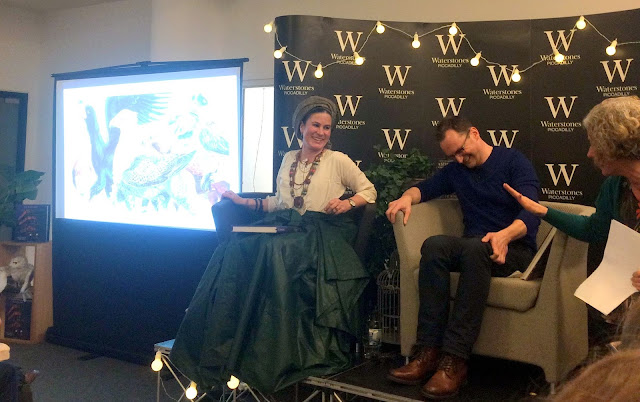 Since Lomenech Gill is a printmaker, a few illustrations from Fantastic Beasts were monoprinted, which is the process of transferring drawings onto surfaces. Both artists respective editions are a fresh take on the series and it feels like reading them for their first time as they stand out from the already entrenched interpretations the movies have developed. 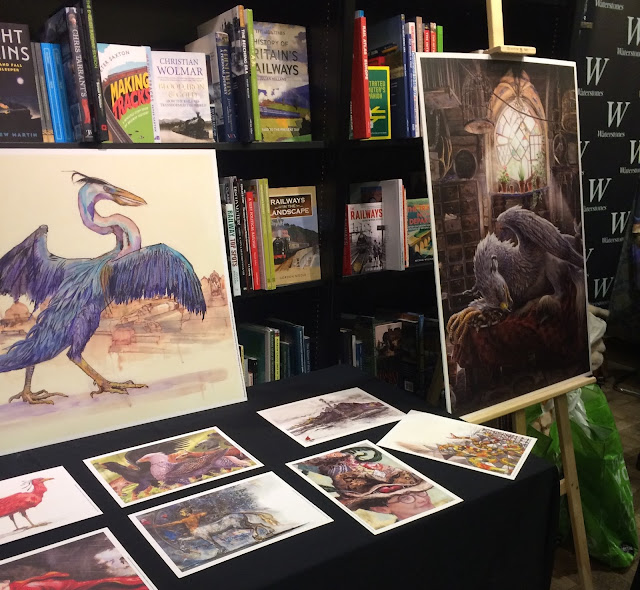 Two book launches entered my radar this month, for authors that I have followed for a long time, in the sense that I read all their work not literally follow them around with a GPS tracker… First up was Sam Wu Is Not afraid of Ghosts by Katie and Kevin Tsang. Katie previously published a standalone contemporary novel Wing Jones (under Katherine Webber), which became one of my favourite reads of the year, so a new middle grade books from such a talented author was a godsend. Sam Wu is co-written with Kevin Tsang and sounds like a hilarious light-hearted read, make sure to check it out here! 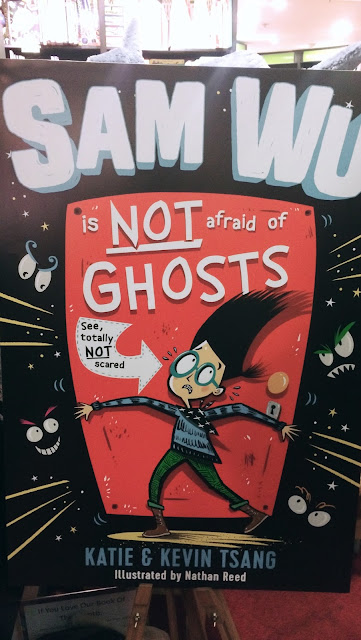 The second book launch was for Melinda Salisbury's State of Sorrow, book one in a new fantasy duology. It's a highly political read set in the Court of Tears, written in the Salisbury patented eerie style. This was an extra special launch, as well as receiving the book ahead of publication, there were themed candles from GeekyClean included in the goody bag. Talking to Mel always seems to make me feel more empowered and we even delved into veganism (discussing dairy-free milk of all things) so life doesn’t get crazier that that. 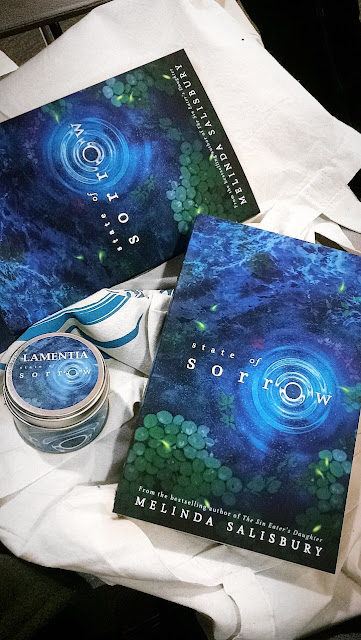 Due to it being London Fashion Week earlier in February, many bloggers were invited to various events showcasing designers and companies. I was lucky enough to attend the We HeartMondays Fashion Lounge, which hosted fashion-orientated businesses as well as providing a great location for photoshoots. I was accompanied by Alice, a brilliant lifestyle blogger and after Google Maps lied to us, we spent a good deal of time wondering around London looking for the venue (I'd even been there before can you believe it). WHM is a great co-working space for bloggers full of female-boss influencers, and being in an environment where others understand what you are about is it's biggest perk. 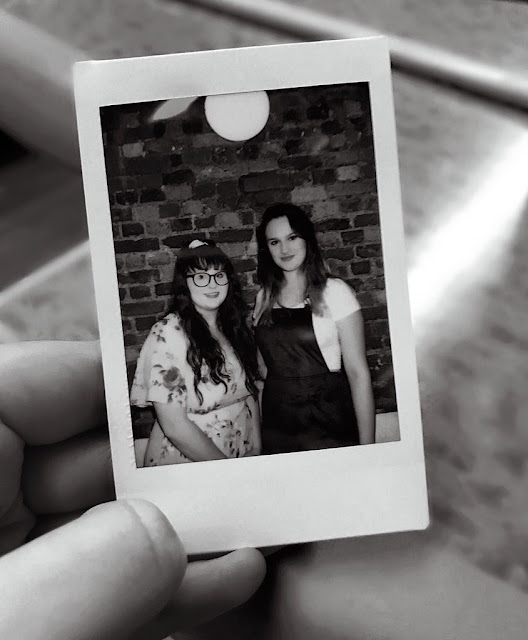 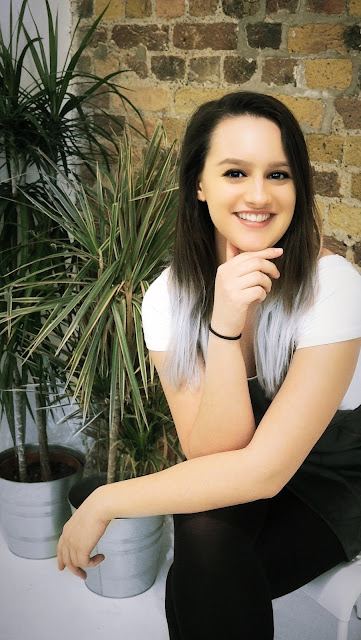 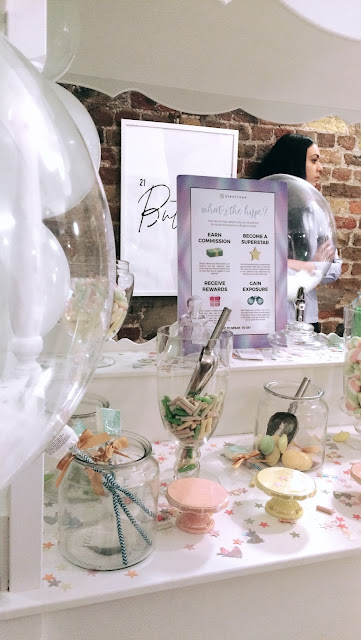 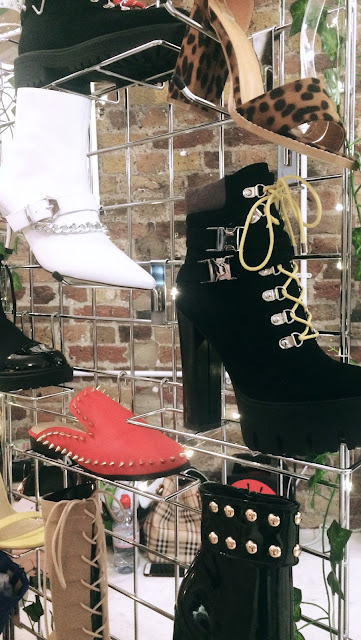 My February ended with possibly the best day of my life. Rebecca from This Booky Place a fellow Draco enthusiast completely made my year by inviting me to see Harry Potter and the Cursed Child with her so as you can imagine I forgot to breathe and nearly passed out indefinitely. After I came back to life I mentally applauded myself for retraining myself by not reading the play when it was first published WHICH MEANS NO SPOILERS. 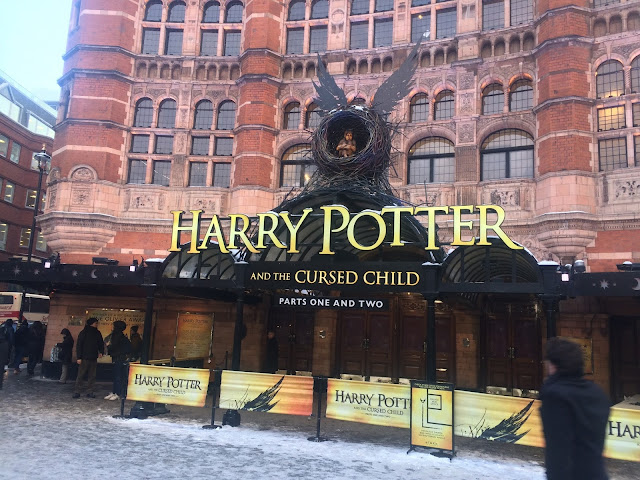 As you can imagine, I was most skeptical, as having heard some mixed reviews about the plot, I didn’t want my love for Harry Potter to be tainted. Rest assured however that I bloody well loved it. The staging was magnificent, acting was top-notch and Scorbus have stolen my heart forever. Draco is also now an age appropriate crush. I couldn't resist vlogging my day so click the video below to see what I did on the day with a full review (even delving into the negatives of the play), and having a mini Hogwarts shopping trip.