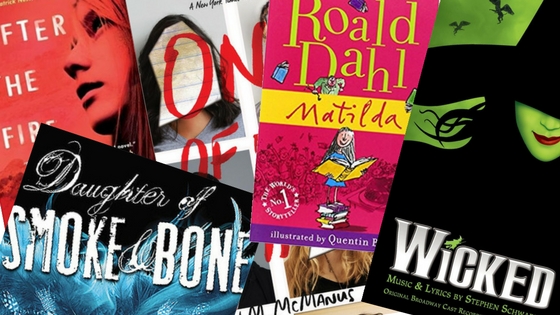 I am a strong believer that literature is still a key source of influencing us and book characters can often role models that we look up to. Today I am sharing Part One of my Inspirational Characters round-up as chosen by some brilliant book bloggers, starting with my own pick!


Addy - One Of Us Is Lying by Karen McManus

"Upon first meeting Addy it may seem unfathonable to put her on this list, yet that's exactly why I picked her. In One Of Us Is Lying she goes through a great deal of development and her journey is very inspiring as we see her grow in confidence and realise her self-worth. Despite difficult cirumstances at home, she finds her voice and learns to take no crap from anyone, which makes a great role model"


Karou - Daughter of Smoke and Bone by Laini Taylor

"Karou’s name means hope and this represents her character perfectly. At the beginning of Daughter of Smoke and Bone, Karou is torn between two worlds. This is a feeling that a lot of people can identify with, fantasy world or not. She also inspires me because of her love for her family and friends, and willingness to make sacrifices for them. She’s a brave, interesting character with lots of dimensions that are revealed as the novel progresses. She’s a role model for me because she has strong beliefs and isn’t afraid to act on them"

Amy - YA Under My Skin

"My inspirational character comes from Roald Dahl's Matilda. If I tell you my profession is teaching, you can probably guess my character is Miss Honey. She's everything I want to be as a teacher: kind, inspiring, loving. Her children love her, they love being in her classroom and most of all she genuinely loves her job and her kids. I want to be that teacher. As a young girl growing up knowing teaching was for me, Miss Honey was (and still is) my primary motivator. I think she's the best"

Steph - A Little But a Lot


Moonbeam - After the Fire by Will Hill

"Moonbeam is inspirational for many reasons. Not only has she overcome so many physical barriers in her life, but her mental barriers have been just as tough. Throughout the book, you see her overcoming those barriers and facing her fears, slowly but surely. There is nothing more empowering than someone achieving something, they at first thought was impossible. She is brave and fearless, and never backs down in the face of danger but in the most unconventional heroic way possible, and that is what I love most about her"

"I have two favourites in mind. The first is Elphaba from the Wicked series because she is strong, independent and loyal. My other favourite which I am going to use is Hermione from the Harry Potter series for the same reasons. If I could be anyone in the Potter series it would be her. She loves reading & is quite intelligent too which is a bonus"