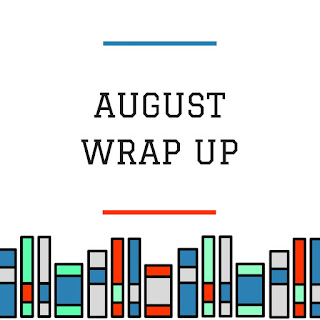 August was a month I had been anticipating since June. Cassandra Clare and Holly Black announced their UK tour and the amount of panic that went through me, as I was buying my ticket, was off the charts. I KNEW this event would be popular so I rushed to the checkout while losing my nerve immensely.

I had previously met both the authors twice, at YALC and their first Iron Trial tour, all the way back in 2014. At this point, therefore I couldn’t believe my luck that they were both coming to London AGAIN. At the panel, they both gave a great insight into their collaborative work as well as solo projects, and since I am a nosy reader gaining extra details about author’s writing styles and processes gives me life. Holly Black humorously mentioned that the hardest part of co-writing is finding time around Cassandra Clare’s busy schedule.

I surprisingly got a good chance to speak to the authors properly, this is rare as usually we are rushed as soon as our book is signed to get through the queue faster. I feel as though I verbally attacked Cassandra Clare with my love for Matthew Fairchild and James Herondale, thankfull she agreed that they are perfect and we laughed about how the word Herondale has a definition on the urban dictionary as "hottest ever". This is true. 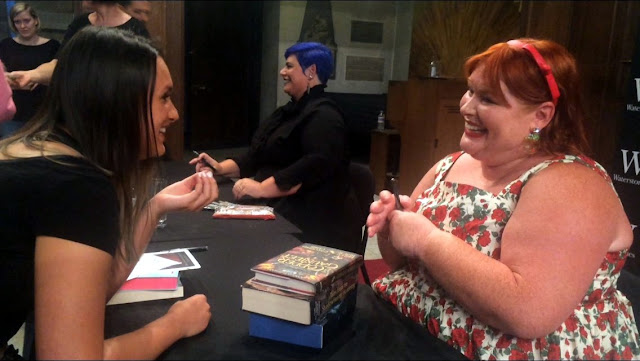 As for Holly Black, I couldn't resist asking about a possible The Coldest Girl in Coldtown sequel (it ended on a cliffhanger, I will never live this down) and she said IT STILL MIGHT HAPPEN. Let us breathe. I am hugely excited even at the possibility as that is my favourite vampire book. I am also dying at the fact that Holly Black is blessing us with a new book in January, The Cruel Prince, all about fae courts and conniving royals. 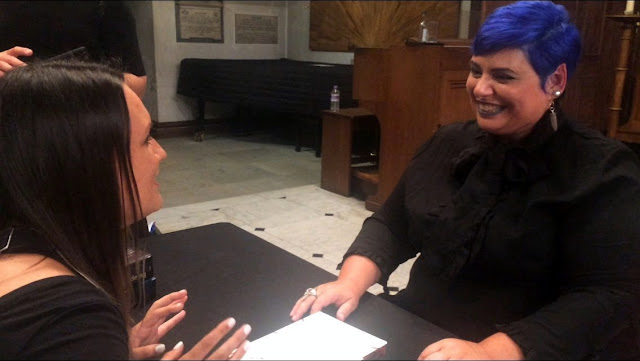 This month I also made frequent visits to the new Harry Potter Store within Primark at Oxford Street. Thus far, I have been 6 times. I have no regrets.  A whole section of the store is arranged in the style of ‘Back to Hogwarts’ with school supplies, house specific stationary and clothing. 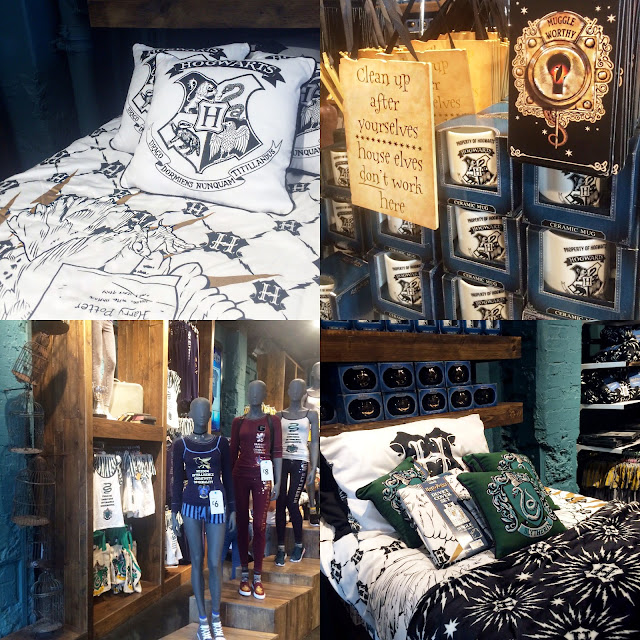 My final event of August was the London stop of Victoria Aveyard’s UK tour! It was such an insightful panel where the authors present (Laure Eve, Alice Broadway and Victoria Aveyard spoke of their writing experiences and styles. After hearing more details about Red Queen, I am even more desperate to finally start this series as it has been on my to be read shelf for years. Interestingly because it is a "post – post apocalyptic novel" (meaning that it follows a society that has fallen and build back up again), the first draft included scenes such as the characters stepping on green straws, which is an obvious nod to Starbucks.

At this event there was also a very special audience member, Dhonielle Clayton! Her new book The Belles is publishing next year and I am so happy to have met her! 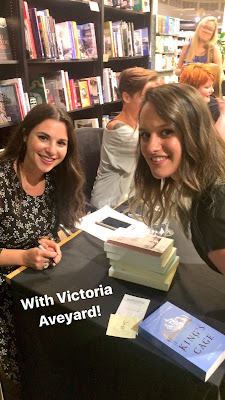 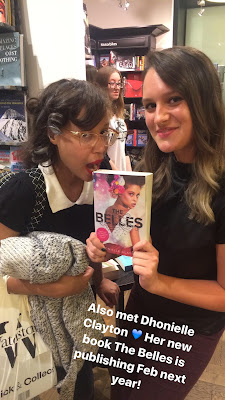 This month I read Lady Midnight by Cassandra Clare and I was so happy to dive back into the Shadowhunter world. This companion series follows Emma Carstairs as she begins to get involved in an investigation for a string of murders that strongly resemble the death of her parents. This book is definitely Cassandra Clare’s darkest novel, the constant suspense and an increase in action made this incredibly hard to stop reading.

While I did really enjoy this book, I still prefer the Mortal Instruments and the Infernal Devices at this point in time. I say that with caution however as I have heard that the sequel, Lord of Shadows will break my soul and books that do that generally tend to become my favourites.


Subscribe to That Fiction Life by Email to get new posts straight to your inbox (check your spam emails for the verification)!