The Song Rising by Samantha Shannon 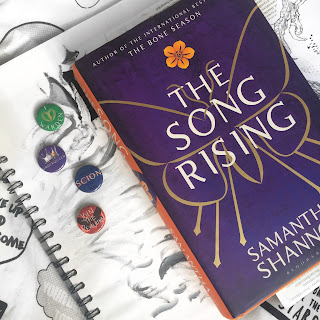 In The Song Rising, Paige returns, while recovering from a brutal fight for the title of Underqueen against Jaxon Hall. A fight that left her the new ruler of the criminal underworld, whose members' alliances are crumbling. With enemies looming at every corner, Paige's ability to trust is tested when a new technology threatens her very existence.


I had been meaning to write this review since April but no sentence could form in my mind, that was adequate enough to describe, just how precious this book is. If you have read the previous installments of the Bone Season series but not the Song Rising, you have most likely formed an opinion on what this third book is likely to entail. Bury it. And bury it deep. The Song Rising is the most unusual yet unique continuation of a seven book series that I have thus encountered. It is incredibly dissimilar to the previous two, in the best way possible, with a substantive change in tone and writing. 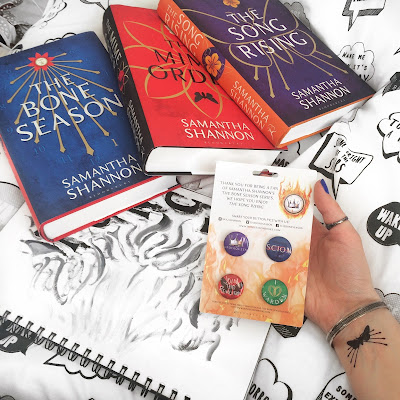 I was most impressed with the character development of Paige, the main protagonist. Without giving too much away, everything comes crashing around her just as she is attempting to hold the criminal underworld together. She deals with each issue in such a believable manner and this illustrated that she does feel human emotions, despite this being a fantasy. She is nowhere near the same subservient mollisher we meet in the Bone Season, she learns from her mistakes and becomes assertive to those that question her, which was so empowering and satisfying to read about. 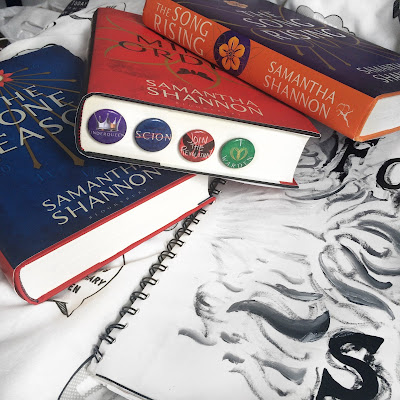 The darker tone boded well with the particular story arc as you can feel the stakes getting higher, to which the characters collectively adapt to. Which brings me onto a key point as to why I loved this book. The supporting characters. For an unknown reason, I couldn’t get invested in their well beings in the previous two books, though my prediction is that I was so preoccupied with loving Warden that I forgot anyone else exists. This book made me care. About everyone. Each persons felt vital to the story and I couldn’t rip myself away from reading at any point. Yes, this book will cause severe sleep deprivation, the cliffhangers made me forget sleep even exists.

Another aspect that made this book very engaging were the various locations that were visited. This made the book incredibly visual and it played out almost like a film in my mind, from the beautiful Edinburgh landscapes to the underground tunnels of London.
This is also the most heartbreaking book on earth, so twitter reactions became my coping mechanism.

1AM and I am done with #TheSingRising by @say_shannon. If you didn't spend the last 1/4 of it inconsolable did we even read the same book
— thatfictionlife 📚 (@liv_gacka) April 22, 2017

WARDEN I SWEAR IF YOU DO SOMETHING STUPID I WILL PERSONALLY DRAG YOU TO HELL WITH ME #TheSongRising
— thatfictionlife 📚 (@liv_gacka) April 21, 2017

A sad song started playing at a sad part in the book and now I don't know what to do with myself #TheSongRising
— thatfictionlife 📚 (@liv_gacka) April 21, 2017