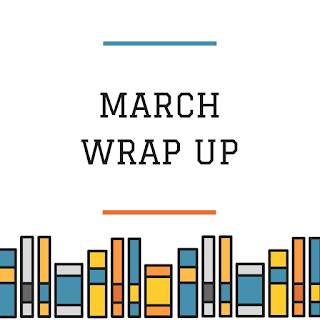 I had been looking forward to March 2017 for exactly two years. As unhinged as that sounds, I have a very good reason for looking that far into the future, back in 2015. If you are an avid reader of Samantha Shannon, the mastermind behind The Bone Season series, then you are conscious of just how landmark the month of March was to be.


*Cue my one act play consisting of various fainting scenarios*

THE SONG RISING, THE THIRD INSTALLMENT WAS PUBLISHED!! Therefore, the first order of business was to attend the London launch for this perfection of a book.

At the signing, Samantha Shannon talked about her writing style and inspirations that drive her storytelling, which were a great insight into the series. Check out my vlog of the event below!

If you have not read this series (and you are a sinner if you have not so let me enlighten you), it is the perfect blend of political intrigue, clairvoyants and a futuristic London. We follow nineteen-year-old Paige, who has the power to break into people’s minds, and works in the criminal underworld as an informant for Jaxon Hall. After she is kidnapped and taken to Oxford the plot unravels and we delve into a world full of secret cities run by otherworldly creatures. Doesn't that sound epic? It is (and if it intrigues you, here's a link to where you can get it). 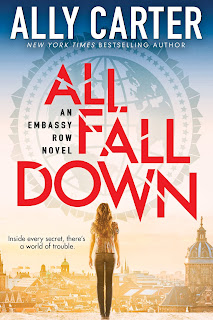 In regards to the third book, without spoilers of course, Paige's story takes an even darker tone. She is faced with an increase in responsibility and so her character is greatly developed; I am most eager to find out how she deals with the abundance of problems thrown her way. Currently on page 230 and slowly devouring it as I do not want it to end.

In March, I read All Fall Down by Ally Carter, which is a very enjoyable teen mystery about a girl living on Embassy Row, a road made up of different embassies representing different countries. Despite giving this 3.5/5 stars, I would still highly recommend it as the plot twists were INCREDIBLE and I am going to carry on this trilogy. My full review can be read here.

My second read of the month was One Of Us Is Lying by Karen McManus. It is a murder mystery set in a high school where five students enter detention and only four get out alive. 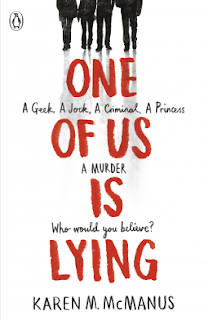 It has undoubtedly become my new favorite book in the genre; it is smart and well developed despite being a standalone. Much to my dismay, it does not get published until the summer, which means I have been suppressing all my emotions and come May 30th, I will scream about this book from the rooftops. Quite literally.

My final March activity was seeing the live action adaptation of Beauty and The Beast. It was everything I hoped it would be and would recommend seeing it at all costs. Dare I say, I favour it over the original. For my full thoughts, I filmed a discussion, where I cosplay as Belle!