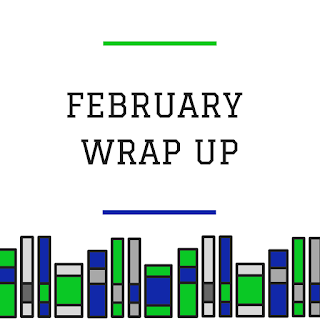 In February, Waterstones proved why they're the highlight of my life by organising a range of author events and signings, beginning with the 'Strong Girls' panel. Four brilliant voices in the YA genre spoke about what makes female characters great protagonists and it was particularly interesting how each author interpreted character strengths. Melinda Salisbury, for example, highlighted that her protagonist struggles with confidence and that not every character has to begin as a strong and skilled fighter.

Coincidentally, it also happened to be Harry Potter book day and so there was a lot of Harry Potter trivia, I vlogged the highlights with special appearances by Catherine Doyle and Katherine Webber! 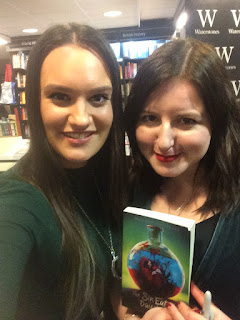 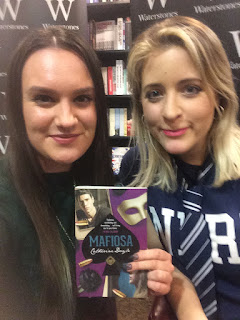 CARAVAL TIME! That's right. Stephenie Garber the Queen was on her UK tour in March and she came to Waterstones for an event to discuss her writing. Caraval shot straight up to the top of my tbr after hearing about the story, which is a magical mystery and is right up my alley! 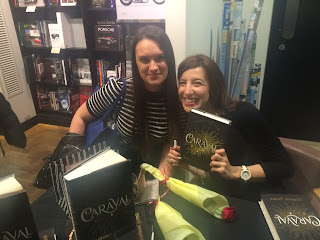 Now this next event I can't believe even happened. Ready? Well, I did a thing and interviewed ALLY CARTER! *gasps, faints and hyperventilates* That rhyme was totally accidental but it perfectly captures how excited I am to talk about this.

Ally's Gallagher Girls series was the first series I read religiously and have been reading every single one of her books since, so when I heard she was coming to promote her latest Embassy Row series, I packed up 8 (yes 8!) books that I have not had signed yet and off I went to what I thought would be a normal signing. Well, Ally's incredible publicist allowed for me to film a video with one of my favourite authors ever in life. Check out our Q and A below, there's also a signed giveaway for All Fall Down, Book one in the Embassy Row series. 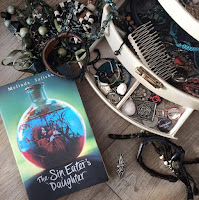 I read so many incredible books in February, a total of 5 so let's just say I stepped up my game after only reading two in January.

First was the Sin Eaters Daughter by Melinda Salisbury, a very engaging fantasy about a girl who is betrothed to the prince and acts as the Queens executioner. I gave this 4/5 stars and reviewed it on my channel with a special make up look based on the book. 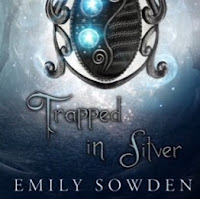 Next, I read an ebook, Trapped In Silver by Emily Sowden. The book follows a girl that gets involved in a centuries old war between the Demons and Bersekers. I found this was a very unique fantasy and would highly recommend! 4/5 stars, see my full review here.
Audiobooks were the highlight of the month as I listened to both the Half Blood Prince and the Deathly Hallows, they are hands down my favourite installments of the Harry Potter series. A fun story does arise from this and a lesson in what not to do. NEVER read/listen to Harry Potter in public, I received all sorts of glances as I walked down the street whilst having an emotional breakdown. Moral of the story is I can't control my feels. 5 stars to both books of course. 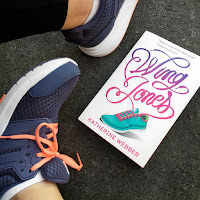 My last book of February was Wing Jones by Katherine Webber, which was a beautiful debut. If you need a very good heartfelt and empowering book then this is the one. It follows a dual heritage protagonist that discovers her love for running after a tragedy strikes her family. Most deserved 5 stars ever. My full thoughts can be found in my sports themed video or a written post for which I had a photoshoot with the book!