When it was announced that Jim Kay, the illustrator responsible for the gorgeous drawings in the Harry Potter Illustrated editions, would be coming to London, I got freakishly excited. Every year new illustrated editions of the Harry Potter books are being published and this all started in 2015 with Philosophers Stone. Now in October 2016 we get to experience Chamber of Secrets in a whole new light. Therefore, on Saturday morning I boarded a train to London St Pancras...heavily wishing it was the Hogwarts Express. But one issue at a time. 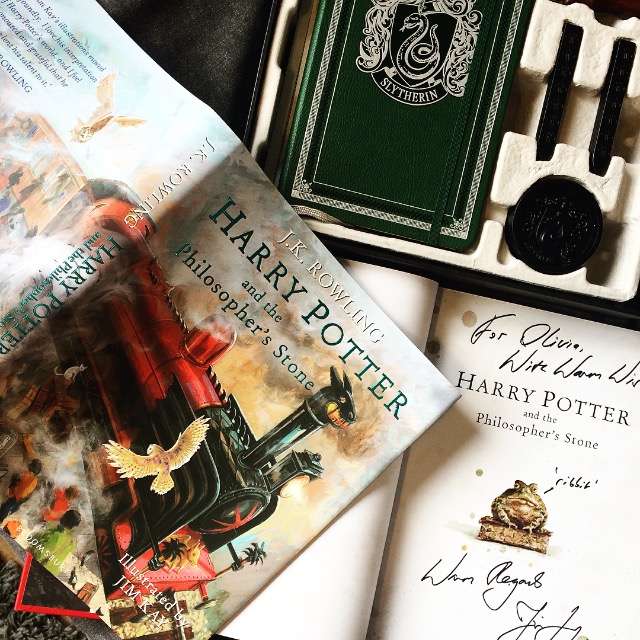 After getting to the signing an hour early, I spent the waiting time browsing the shelves and being tempted with everything in the store as well as meeting other readers with whom I deliberated about various bookish topics. Put readers together in a room and the talking never ends, in particular as this was a Harry Potter event, we delved deep into Hogwarts discussions.

Slightly before 11 o'clock, Jim arrived and began signing and being fifth in line allowed me some time to prepare my mentality and open my book so I don't make a fool out of myself when it's my turn (which has happened, lets be real). Having met a range of authors and illustrators in my nineteen years of life, I was pleasantly surprised  by how open and chatty Jim was and I was barely able to get a greeting in before he dived into a story of why he decided to draw a toad as the introductory picture in the first book. Turns out, he had a pet toad that had an unusual mouth that looked like it was constantly sticking out its tongue, hence the curious illustration on the opening page. There you go, an exclusive sneak peak into the brain of the mastermind behind these gorgeous editions.

I can say without a doubt that these books are a necessity for all Potterheads, the drawings bring a new perspective to the story and having another medium to view it in, shows the story in a unique way. The illustrations have a very sophisticated feel to them and they embrace the plot perfectly, my favorites definitely being the interpretation of Diagon Alley, the detail of which is astonishing. Now it's time for me to purchase the newly released Chamber of Secrets to carry on the collection! I am hoping the next 5 years go by very fast, I can only imagine what they will all look like on my shelf lined up *heavy breathing*.

Somehow, I always have a crazy story that derives from a signing so I can't wait to attend another. 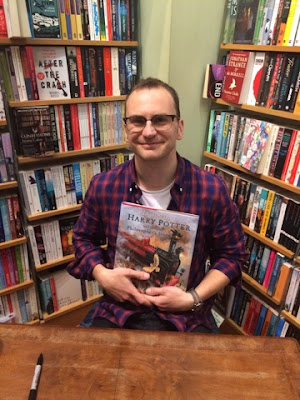 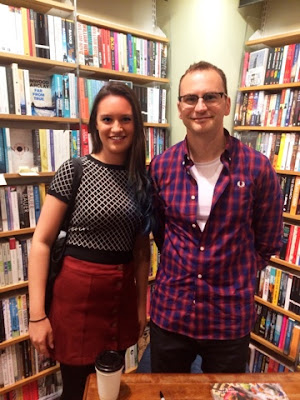