Feminism in YA Fiction

A few months ago, I had the great opportunity to attend an event at Waterstones Piccadilly regarding feminism in the Young Adult genre, which opened up my eyes to the many points of view entrenched into society regarding the topic and how it affects the publishing industry. I had never had a strong interest in feminism and this meant I had very minimal understanding of it and this event truly enlightened me that my previous perceptions on the subject were false. 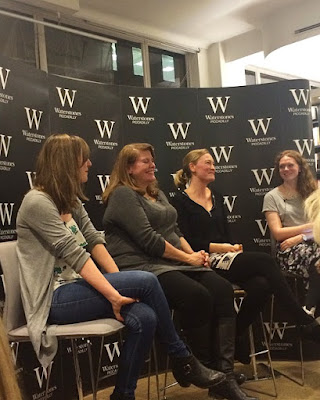 The three participating authors, CJ Daugherty, Holly Bourne and Holly Smale were interviewed by ELLE's literary editor Anna James and each discussed how feminism is represented in the Young Adult Genre. It was particularly highlighted that it is important to write about characters that do have flaws, ones that do make the wrong decision from time to time but it is also crucial to balance that with strong brave characters that can be looked up to.
To me, the way to achieve this is  to move past the stereotypical girl getting rescued at every turn and as evidenced by the writing of the authors at the event this does not necessarily mean fighting a war and taking down an entire government. As stated by Holly Smale, we do not live in a dystopian society and so having strong characters in a contemporary setting is more relate-able and realistic. 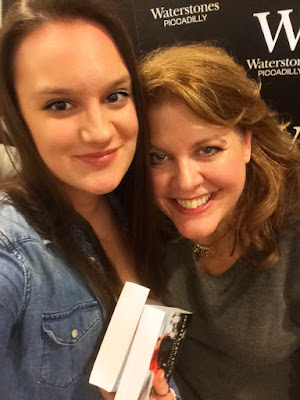 What particularly stood out was the fact that anyone can be a feminist without acting in a particular way, and as cleverly put by CJ Daugherty, feminism is all in your head and no one can tell you how to express the belief that men and women should be on equal grounds. This, to me, means that anyone can have their own perception on it and that it is important to not treat feminism as a trend but as an ongoing discussion.

The recent controversy surrounding feminism has caused me to be wary of the subject as the general perception appears to be that feminists are hostile woman that belong to a crazy cult, creating problems and over-acting. However, as mentioned above there is no right way to express your views on gender equality and I believe by accepting the fact that in reality, women are still being treated as inferior to men, society can move forward and progress to overcome this obstacle.

There is a strong argument that the publishing industry remains key in spreading the message, particularly though the types of novels that they publish. A fictional protagonist can have a strong impact in encouraging and propelling people to keep the discussion of feminism going and overcoming gender stereotypes. Authors, such as Cassandra Clare, have done this through challenging social norms, namely by writing that in her fictional world, women wield the weapons whereas men are the healers.